The Zoetic – Friday every 2 months

Ages ago I and my dad went to see a very weird version of Philip K. Dick's A Scanner Darkly in the movie theatre. It was not a popular movie, so it quickly became difficult to see it anywhere, rep theatres being the exception. We drove up the mountain to Concession Street and sat at these looonnnnng banks of table/bar things bolted to the floor in front of comfy movie theatre seats. It was pretty cool, though it did strike us that maybe this wasn't a highly-frequented place. I hadn't been back there in years, though I did send a student there last year because he was obsessed with Back to the Future (kid was 10!) and not only they were showing it on the big screen, they also had THE Delorian outside.

A couple weeks ago my friend Sarah Farr told me about a new open mic being held at the Zoetic – the very same theatre's next incarnation. Gone are the long banks, updated with new amphitheatre seating, and with lush antique chaises and couches tucked away in corners. An open mic on a real stage! 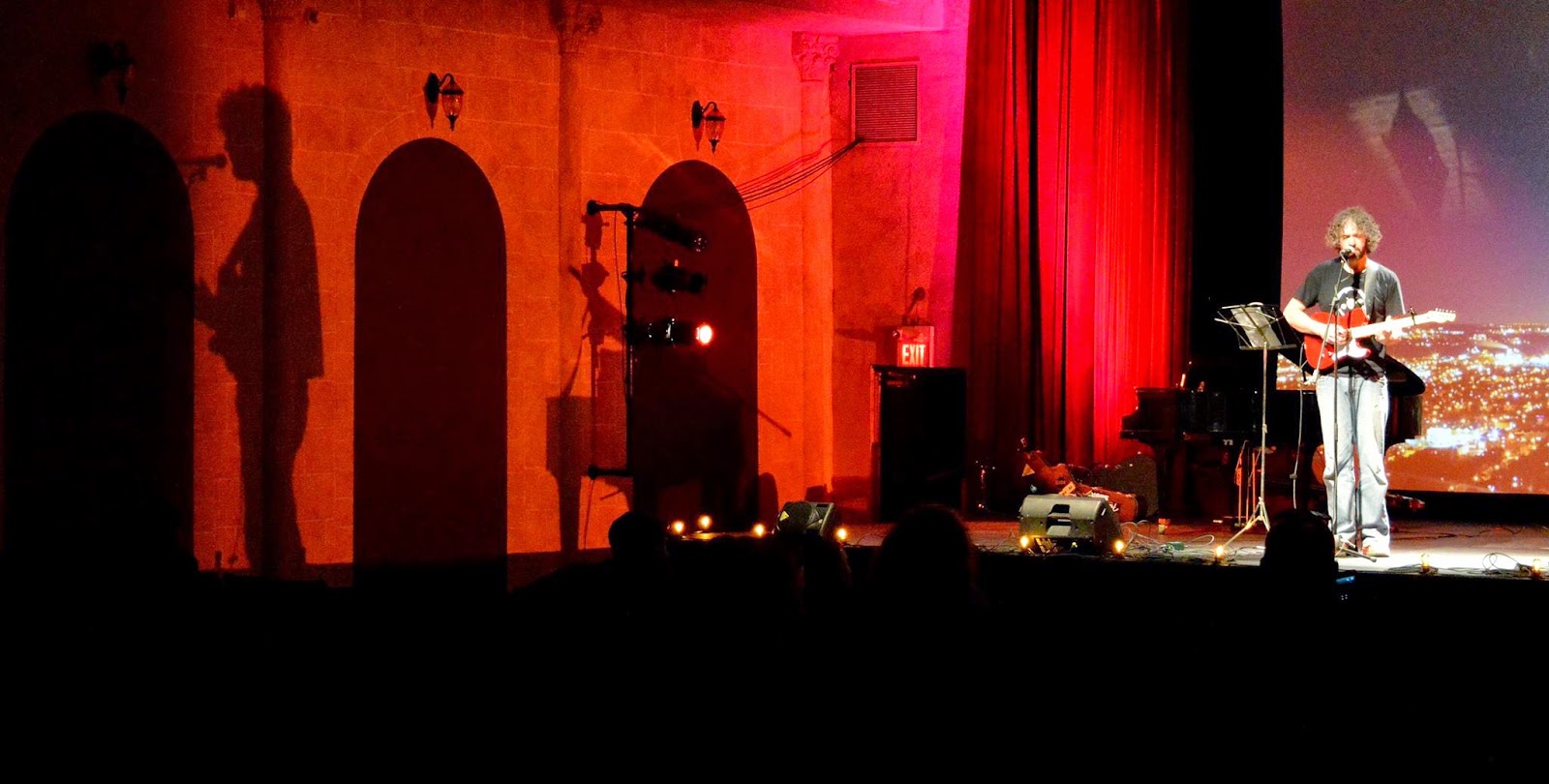 The first act set the bar very very high: Jeff and Jill they were, acoustic guitar(s) and double bass respectively, and sounding vaguely like a cross between Nick Drake and Mumford & Sons. Really beautiful stuff. The rest of the night saw a talented mix of stand-up comics, singer-songwriters, a bananas 3-keyboard organ player, all buoyed by a decently-stocked cash bar in the lobby.

Great sound system, competent organizer/MC (Jeremy), and an amaaazing backdrop of the city, with a giant full moon that sets over the course of your ten-minute set. The audience was generally pretty respectful, too, which I think is due in large part to the focus of it being an actual theatre.

I posted a while back about the damage open mics are sometimes said to have on a music scene, and one of my main defenses of them was that they are excellent places to meet and network with other musicians. After my own set, Jeff and Jill and I chatted and are gonna start playing together this month, with a gig booked May 15th at the Odd Fellows Hall. So it can and does work!
Posted by Mr. Ben at 10:34 1 comment: